The Unity Desktop Shell for GNOME 3 on Ubuntu Linux has created a lot of controversy in the desktop Linux world. Some users love the new forward looking vision of Unity while others long for a more traditional desktop layout. One of the criticisms of Unity has been its lack of configuration settings. While many configuration settings have been added to Unity since the initial release, most of them remain hidden from regular users. That's where the Unity Tweak Tool comes in. It provides GUI access to many of Unity's hidden settings and collects them together under one convenient application.

The Unity Tweak Tool is developed by the Freyja Development Team and they have provided a package archive on Launchpad.net. At the time of this writing, there is only a PPA for the daily builds of  Unity Tweak Tool. The easiest way to set up the PPA is from the command line, so open up a terminal window and enter the following command. 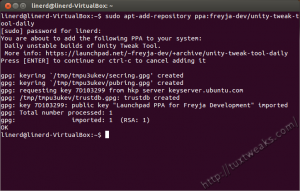 After entering your password at the prompt, press [ENTER] if prompted to continue with adding the PPA to your sources list. Next you need to update your package list.

Now you can install Unity Tweak Tool with

Now that it's installed, you can find it in the Unity Dash. 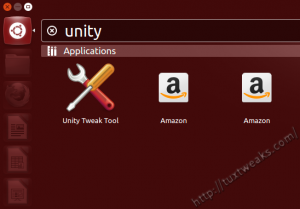 Once it's launched, this is what you should see. 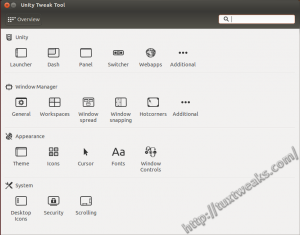 Unity Tweak Tool is a great addition to Ubuntu. Hopefully Canonical will see the value of this wonderful software and include it by default in future releases of Ubuntu.